NoahPosted on January 24, 2018 Posted in Art & Design i like, Uncategorized

The crowded streets and the deafening noises of the city can really bring out the “monster” in anyone. That’s why at the end of the day, New York City subway commuters would rather spend their journey inside their own little bubble. And artist Ben Rubin has found an artistic way to make it seem like they’re not alone.

Using the procreate app on his iPad, Rubin sketches quirky monsters that seem to interact with the commuters. Some of them sit quietly while peeking over people engrossed in their phones, some are at the corner looking very lonely and forlorn, while others take a quick cuddle with their subway buddy.

He has since made a collection of these drawings and turned it into a monster catalog called “Subway Doodle.” 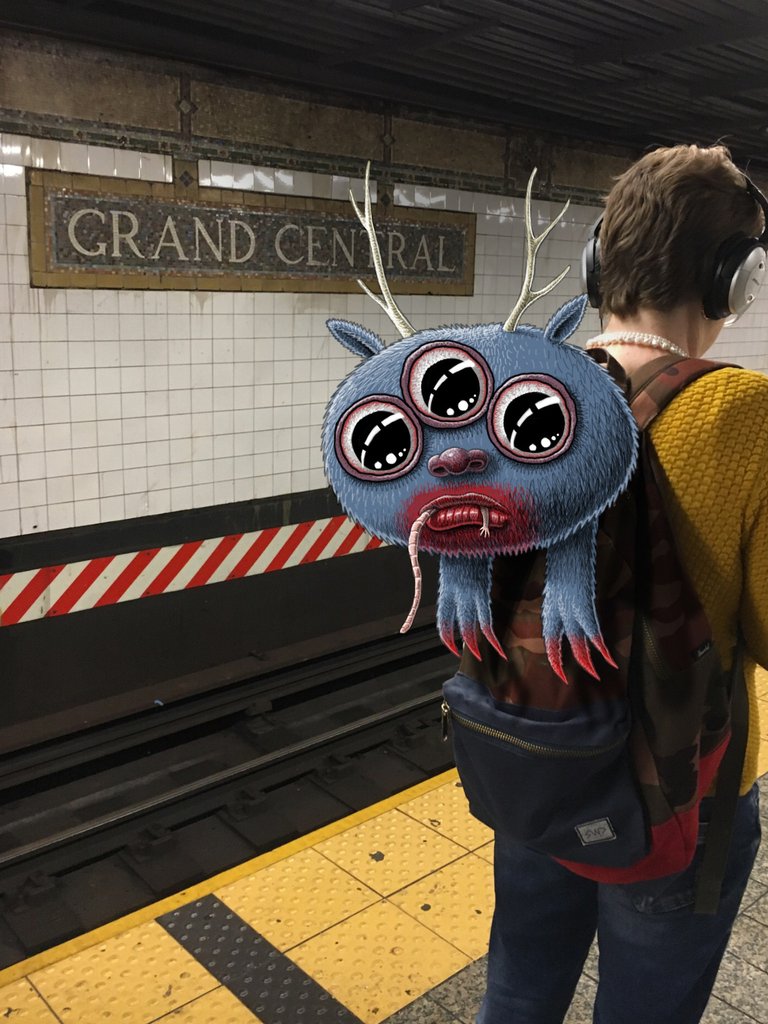