NoahPosted on April 21, 2015 Posted in News, References and Resources — No Comments ↓

Being a designer is awesome. We get to make cool stuff in Photoshop and get paid for it. I think it’s pretty high on the list of cool ways to make a living. That being said, there are some things that tend to really bug us. And by that I mean they drive us insane and we tend to freak out a little when they come up. Here are ten such annoyances that I think will hit home with you.

Everyone knows that designers hate ugly fonts, I’m looking at you Comic Sans and Papyrus. But sometimes, a perfectly good font is ruined because the whole dang world simply can’t stop using it on everything. When a font crosses that line from novel to cliché, you’ll know by the veins that pop out of designer’s foreheads when they see it.

Lobster Is The New Comic Sans

For me, a perfect example of this phenomenon is Lobster. I didn’t mind it one bit at first, but these days it’s everywhere I look. Restaurants, grocery stores, iPhone apps, universities, pre-schools, public restrooms, hospices, prison cells; you name it, Lobster has been there.

I went searching on the web to see if others felt the same way I do, and found a lovely website called “Lobster Is the New Comic Sans,” which is every bit as awesome as its name implies. Here are a few samples they’ve pulled from the real world. 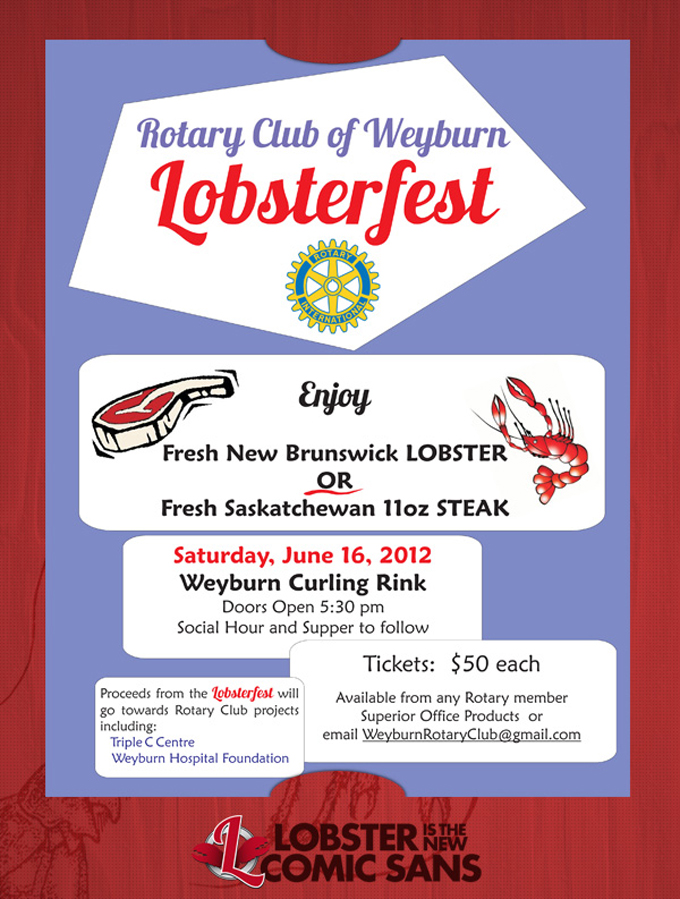 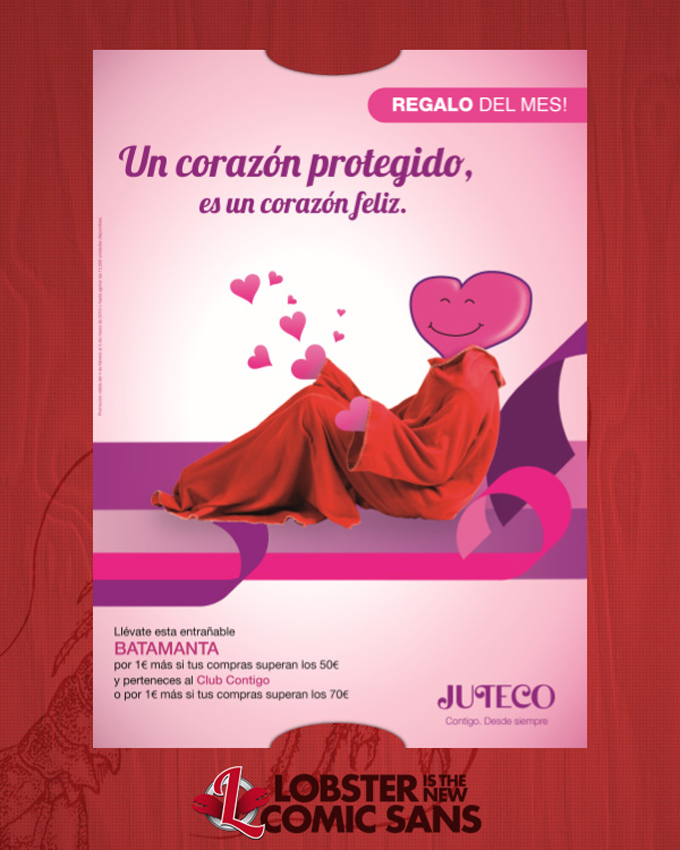 Ahh, Helvetica. This is where designers disagree. Helvetica is the center of a fierce debate that has torn apart friendships, families, maybe even governments. I personally think a font has to be quirky, unique, and so easy to spot a child could do it, to cross that ugly cliché boundary. Helvetica is such a simple and mild-mannered sans-serif, I don’t mind it at all. That is until Gap tries to use it as their logo. No thanks. 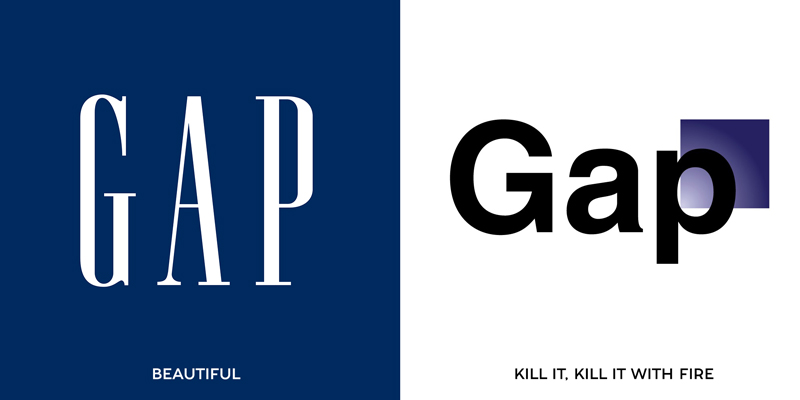 We now live in a world where you can get a “professionally-designed logo” for $5. How did this happen? Where did we go wrong? I blame you, Internet.

Honestly, I’m never one to jump on the “this is ruining the industry” bandwagon. I don’t think $5 logos ruin the industry, I just think you get what you pay for. If you have a real project with a serious budget, hire a seasoned designer. Otherwise, drop $5 on an auto-traced special.

The concept behind spec work is simple: you don’t know if I’m a good enough designer to do what you want done, so you’ll just have me do a bunch of free work as a test. How great is that for everyone involved?

It’s like if you asked your dentist to fix a few cavities for free, just so you can judge her work against that of some other dentists you have lined up. Hey, you don’t want to waste your money, if she’s any good, she won’t mind proving it. You know, this scam is pretty awesome now that I think about it. I’m going to go try it at restaurants, barber shops, and IKEA.

All that being said, some designers can take their loathing of spec work a bit too far… 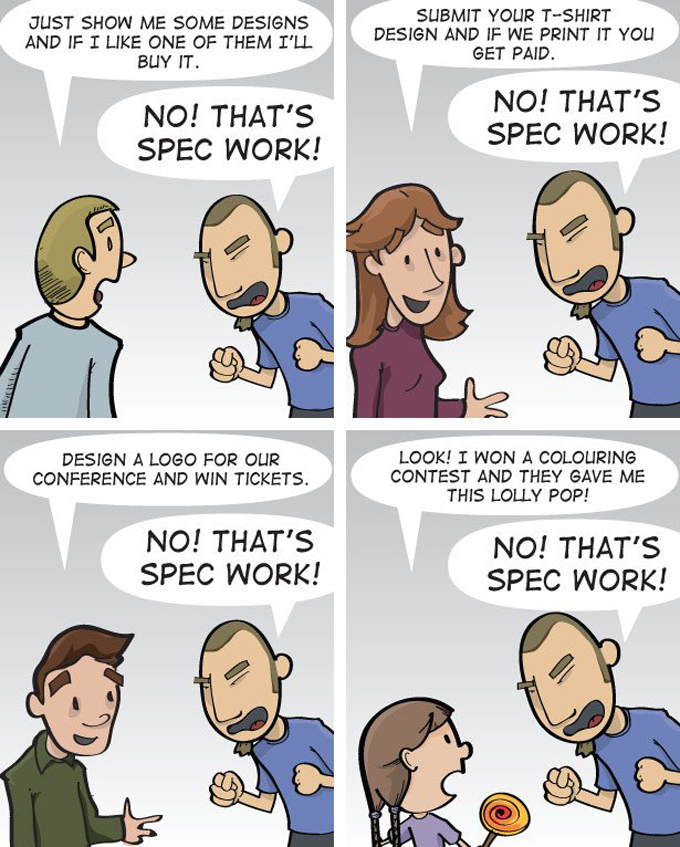 Cartoon by one of my favorite illustrators, Brad Colbow

The project is all set to go. You have a good grasp of the creative direction the clients wants to go, you’re feeling excited and full of ideas. The world is a good place. Then you get the email that every designer dreads.

“Oh hey, yeah, I forgot to mention. We’re going to need all this done in a Microsoft Word Document. Thanks!”

Now, your reaction may vary, but mine usually goes something like this:

Listen, I’m a reasonable person. I can scale something up, make it more colorful, or more prominent. Heck, I’ll even put a drop shadow on it if you really force the issue. Just don’t ask me to make it pop. Seriously, if you have any respect for the design industry, you’ll never ask someone to make it pop again. 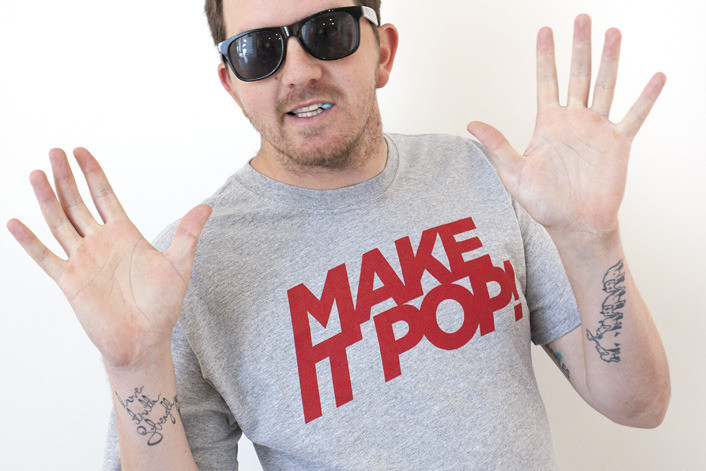 When you say, “we don’t have a budget per se, but it’ll be great exposure,” all a designer hears is, “I don’t have any money and expect you to starve your children while you devote your working hours to following my every whim without me providing a cent in return.” Sorry, “exposure” don’t pay the rent. 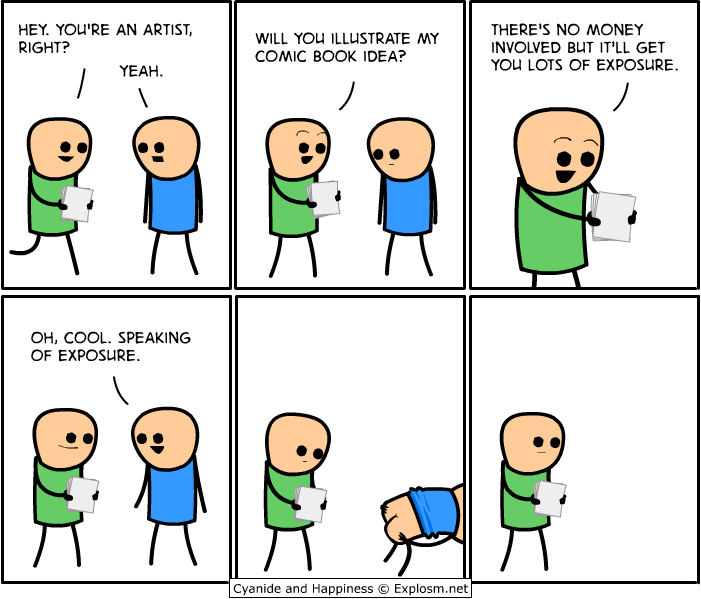 Comic via Cyanide and Happiness

I had a client once tell me that his mom didn’t really get my design, his neighbor thought I needed to use a different font, and a girl from this class he was taking thought we needed different photos. That really happened.

It’s tempting to think that bringing in a lot of diverse viewpoints and opinions will always make a design better. The unfortunately reality is that when you try to please everyone, you most often end up with a jumbled, disparate mess of ideas. 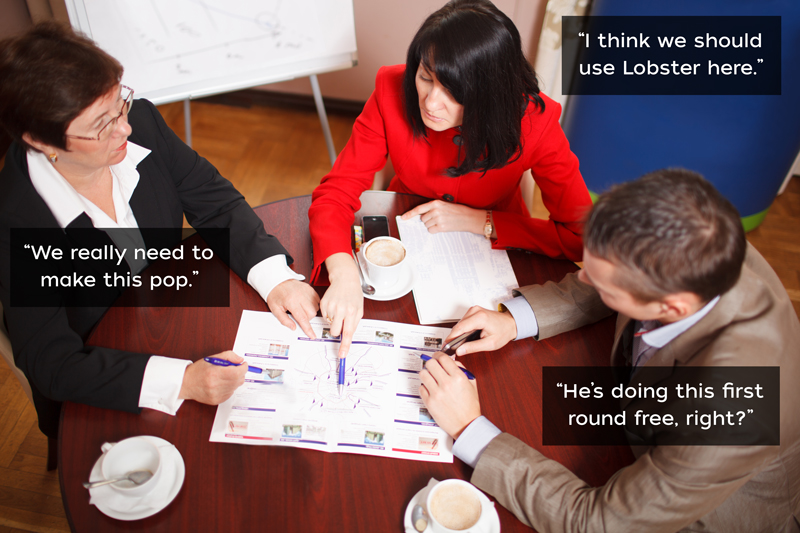 8. Being Told To Copy Someone Else’s Work

As a writer, no client has ever asked me to commit plagiarism. No one says, “can you just write what this guy wrote?” As a designer though, clients are always saying things like, “we want our site to look just like this one” or even, “can you just grab the photos from their site?” 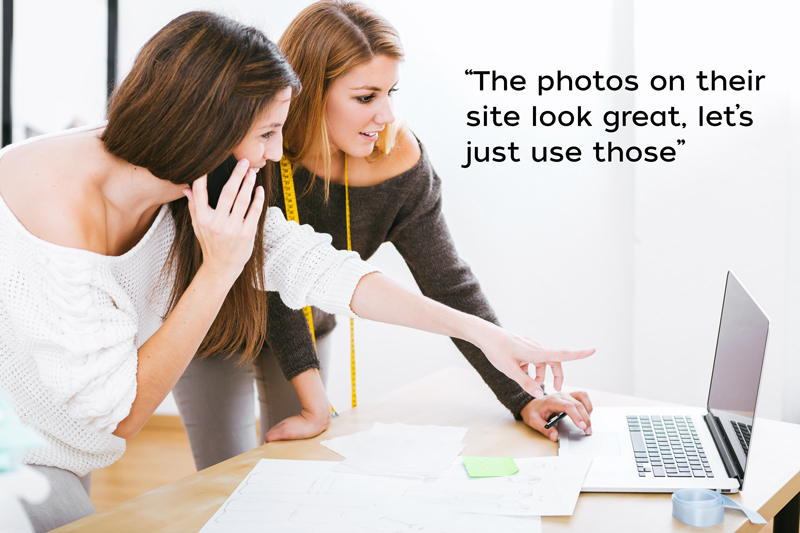 9. Working For Friends and Family

If you’re friends with, or related to, a professional designer, and you need some design work done, do everyone a favor and simply ask for a referral. Because here’s how it’s going to play out: You’ll have high hopes for the project, but then you won’t like what they make and you’ll ask them to make “a few changes.” They’ll get offended because you don’t respect their time, you’ll get offended because they want to charge you for revisions, and in the end you’ll decide you’re not really on speaking terms anymore unless it’s a major holiday and external pressures force you to be in the same room.

This one is sad but true. Show any designer something they made a few years ago and you’re guaranteed to see some cringing and hear some excuses.

What Drives You Nuts?

Now it’s your turn to vent. Leave a comment below and let us know what drives you crazy as a designer. Share the pain.